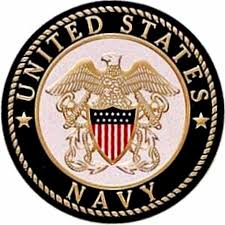 Paul Jackson Hawkins III of St. James, was born March 9, 1974 in St. Louis, MO, passed away suddenly at his home in St. James on Saturday May 8, 2021. He was 47 years of age. Paul is proceeded in death by maternal grandparents Bernice and Stanley Hawkins Sr.

He is survived by his Mother Katherine Hawkins Seeber of Rocheport, MO., his beloved wife Tammy Ross Hawkins of St. James, MO, Son, Alan Hawkins and his wife Jordan of Linn Creek, MO. Daughters: Ashley Davis of Kirksville, MO, Amanda Rauss of St. James, and Kayla Brown of St. James, one sister Kimberly Leach and her husband Zack of Nixa, MO. Along with 7 very special grandchildren, Tymber Hawkins, Adara Hawkins, Summer Davis, Skyla Davis, Nova Lei Hawkins, Kason Rauss, and Cortana Hawkins and including so many others that have touched Paul’s life.

Paul was an outgoing person who loved the outdoors, if it was outdoors, he enjoyed it.  He loved fishing, hunting and gardening. He enjoyed doing crafts with Tammy, and was known for his wood furniture. Paul and Tammy together made many wood projects including cat and bird houses. They enjoyed spending time together and made many craft items. He served his country in the United States Navy. and received many awards.

Funeral Service will be conducted at 11 a.m. Wednesday at the Jones Funeral Home in St. James with Stephen Brubaker officiating.  Graveside Services will be conducted at 2:00 p.m.  Wednesday at the Lake Wood Missionary Baptist Church Cemetery in Shirley, MO. Pallbears will be Quentin Maddox, Chris Hawkins, Alan Hawkins, Kyle Davis, Anthony Ferguson and Rick Seeber. Memorials may be given to the American Heart Association.

Arrangements are under the direction of the Jones Funeral Home in St. James, MO.

To send flowers to the family or plant a tree in memory of Paul Jackson Hawkins III, please visit our floral store.