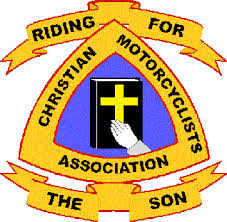 Donald was a member of the Winkler Baptist Church where his parents were also members.  He loved his family and enjoyed spending time with them.  He also enjoyed riding his motorcycle and spending time with his Christian bikers club.  Don was always ready and willing to give a helping hand whenever it was needed.  He will be greatly missed by family and friends.

At the time of his death Donald was employed at Hutcheson Ford of St. James where he served for 30 years.  He enjoyed his work and spoke of it often.

He was preceded in death by his parents, Raymond and Rozella Ness; brother-in-law, Charles (Spud) Gibson and sister-in-law, Henrietta Ness.

Visitation services will be held August 21, 2020 at the Jones Funeral Home in St. James, Missouri from 5:00 to 8:00 p.m.  Funeral services will be held Saturday, August 22, 2020 at 11:00 a.m. with brothers, Leroy Ness and Wilbur Ness officiating.  Some of his favorite songs will be sung by his sister, Dorothy Gibson; nephew, Shannon Gibson and niece, Shelly Gibson.  Music will be provided by niece, Lisa McCarthy.  Pallbearers will be John Shoemate, Jeff Scantlin, Steve Branstetter, James Ness, Cody Davidson and Randy Shoemate.  Interment will be in Asher Cemetery.

Memorials may be given to American Heart Association.

All arrangements are under the direction of Jones Funeral Home in St. James, MO.

To send flowers to the family or plant a tree in memory of Donald Lee Ness, please visit our floral store.