Share a memory
Obituary & Services
Tribute Wall
Donations
Read more about the life story of Ann and share your memory.

Ann was born in Rochester, Minnesota to Harry and Eleanor Peters Johnson on August 24th, 1947.

After graduating in 1965, Ann joined VISTA where she met Ken Middleton. They would marry and have two daughters, Christina, and Melissa. Ann stayed home when her two daughters were young, where she quilted, canned, baked, and made clothes for them. One year, she made them a fantastic dollhouse for Christmas. Ann became an LPN in 1980, then an RN graduate from Lincoln University in 1985. Ann worked many years for Phelps Health in Rolla as a nurse in Med/Surg, Recovery, and finally ICU. She also worked as the administrator of Gingerbread House and helped open the Kyle Center as well.

Ann had a good heart and was always ready to help her family and friends. In 1991, she married Robert Cruts, and together they had 9 wonderful years before his passing in 2000. Ann became interested in dog rescue and often fostered and took in strays while getting them vetted and finding them adoptive homes. Ann would also spend her free time listening to Celtic music, bluegrass, and NPR. Ann was an avid fan of John Denver. In 2005, Ann moved to Northwood, IA, after deciding to move closer to her sister. It was there she spied an old Victorian home that she spent several years rehabilitating and showcasing. She went on to work for Lutheran Retirement Home and there she would meet a kind, soft-spoken man named Mike Ingersoll who she would marry in 2009. Together they enjoyed dogs, vintage cars, and a blended family with 6 children and 14 grandchildren. Mike preceded his death in March 2022.

Memorials can be made out to North Mason Humane Society or Phelps County Animal Rescue.

No Services will be held.

To send flowers to the family or plant a tree in memory of Ann Christine (Johnson) Ingersoll, please visit our floral store. 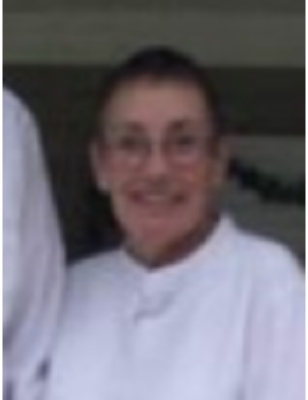 Look inside to read what others
have shared
Family and friends are coming together online to create a special keepsake. Every memory left on the online obituary will be automatically included in the book.

Look inside to read what others have shared

Family and friends are coming together online to create a special keepsake. Every memory left on the online obituary will be automatically included in the book.

You can still show your support by sending flowers directly to the family, or by planting a memorial tree in the memory of Ann Christine (Johnson) Ingersoll